Which Java Tech Do I Use? 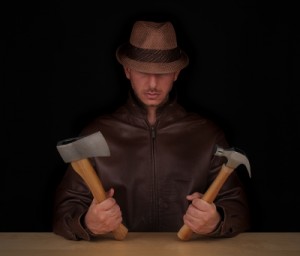 One of the best things about working in Java development is the vast amount of choice that is available for whatever your technical problem is. All this choice can sometimes be a bit overwhelming so I have decided to put together a list of technologies to help you decide which will be best for you.

The Spring Framework
Spring is the original framework that started the movement away from EJB’s and promoted a new more light-weight way of doing things in the form of Inversion of Control. At its core Spring frees you from having to write repetitive plumbing code and leaves you free to focus on coding business logic. There are also a number of useful additional modules that are provided – such as ones for AOP, JDBC and a request based MVC framework.

Hibernate
Hibernate is the most popular object relational mapping tool. Using Hibernate frees you from having to write low level JDBC code and enables you to deal with objects instead of tables.

JSF
I believe JSF  is one of the main frameworks that is having success in taking over from Struts. It is a lot more light weight and promotes a more flexible approach to development. JSF is component-centric which makes it very easy to create pages with a number of different inputs. RichFaces is a good example of a popular suite of components that are available. While it had teething problems early on – especially with JSP integration, it has now matured into a much improved product.

Tomcat
Is a lightweight server (servlet container) that can be used to deploy web applications (WAR’s) onto. Jetty is one of its main rivals, which many would argue is faster.

Eclipse
Eclipse is arguably the best IDE out there for Java Development, it is very stable, fast and easy to use. It also has a thriving developer community around it, with many useful plugins available.

JUNIT
JUnit is a very popular framework for developing unit tests for Java classes. Tests are created by extending the base TestCase class and there is an assertion library for verifying the results.

Maven
Is a build automation tool that has been built on top of Ant. One of the key differences is that Maven manages your dependencies for you, which makes development a lot easier for large teams. It also generates some very useful project metrics and a wealth of documentation.

Hudson
Is a new build automation server that I would say is the main sucessor from the original CruiseControl. Hudson provides the ability to automatically check out code, build and test it and then produce a report based on the outcome. Hudson provides some very useful additional functionality, such as change set support and distributed builds.

Subversion
Is a version control system that is a successor to CVS. Subversion has a number of improvements over CVS, such as moving files is a lot easier, branching is straightforward, and the logging mechanisms are much better.

Selenium
Allows you to create and easily execute automated tests against an actual browser. There is an IDE version that is a plugin for FireFox that allows you to actually record your interaction with the browser and replay it back. There is also a core version through which you can write tests in Java which is also quite easy to use. I find writing Java based tests is much easier and at a more comforable level of granularity than HTMLUnit.

Grinder
Scalability and performance optimisation are crucial requirements for todays Web apps – Grinder is one of the best open source tools out there to help you test and refine the capabilites of your application. Grinder has a simple and easy to use UI with a scripting language in Jython to produce more complex tests. JMeter from Apache is also a very good related product.

Feel free to leave any comments if you think I have missed any of your favourite technologies.